AMES, Iowa – Farmers in Iowa’s Missouri-Little Sioux watershed are increasing their use of and interest in key best management practices recommended by the Iowa Nutrient Reduction Strategy, according to a new study conducted at Iowa State University.

The study is part of the ongoing Iowa Nutrient Reduction Strategy Farmer Survey, which aims to measure change in Iowa farmers’ knowledge and attitudes related to the Iowa Nutrient Reduction Strategy and their use of best management practices. Farmers in the Missouri-Little Sioux watershed, which covers the northwest and west central areas of Iowa, were surveyed in 2015 and 2016. 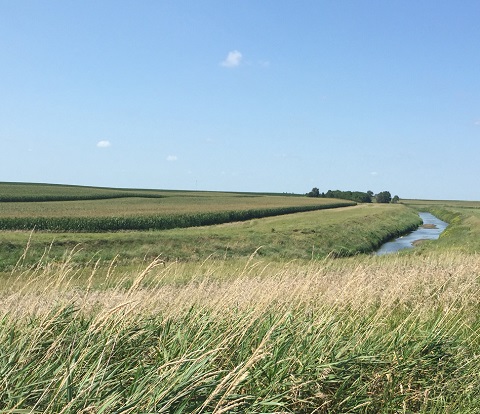 Because one of the survey’s goals is to track progress toward the INRS, farmers were asked how long they had been using key practices. Most farmers reported having used many of the more established practices such as terraces and buffers along streams for more than three years. Among practices that have been promoted heavily by the INRS for their effectiveness, substantial percentages of farmers reported more recent adoption. Among cover crops users, 56 percent had started using them in the previous three years. Similarly, 27 percent of farmers who reported employing contour buffer strips and 20 percent of variable rate nitrogen users stated that they began using the practices in the previous three years.

“These results show that many farmers in the watershed have started using key practices such as cover crops since the Nutrient Reduction Strategy started, and those who aren’t using them are increasingly open to the possibility,” said J. Arbuckle, associate professor and extension rural sociologist at Iowa State and co-author of the report. “That represents progress, but there’s still a long way to go; for example, just 15 percent of farmers in the watershed reported using cover crops.”

Between 2015 and 2016, farmers reported no significant change in the knowledge of the Iowa Nutrient Reduction Strategy or in their attitudes related to water quality and the Strategy. However, the sources of information from which farmers learned about the Strategy experienced some change. In 2015, 48 percent of farmers learned about the Strategy from commodity or farm organizations; 54 percent learned from these sources in 2016, representing a statistically significant increase.

“Commodity groups have placed emphasis on communicating with members about the INRS and nutrient loss reduction, and these results indicate that those efforts have been effective,” said Laurie Nowatzke, measurement coordinator for the Iowa Nutrient Reduction Strategy and co-author of the report. “Still, there is opportunity for various partners to more effectively conduct outreach with farmers in the Missouri-Little Sioux watershed. These findings are useful as we measure progress towards meeting the goals of the Strategy and identify areas that may require additional information, outreach and resources.”

Additional findings include the following:

Full results of the survey can be found in ISU Extension and Outreach publication “Iowa Farmers and the Iowa Nutrient Reduction Strategy: Survey Results from the Missouri-Little Sioux Watershed” (SOC 3087). 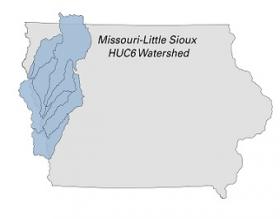 The Iowa Nutrient Reduction Strategy Farmer Survey is a five-year study that surveys a random sample of farmers in a new Iowa six-digit hydrologic unit code (HUC6) and a random sample of repeat respondent farmers from a previously surveyed HUC6 watershed each year. Future reports will highlight results from the following watersheds: the Upper Mississippi-Maquoketa-Plum, the Iowa, the Des Moines, the Missouri-Nishnabotna, and the Upper Mississippi-Skunk-Wapsipinicon.