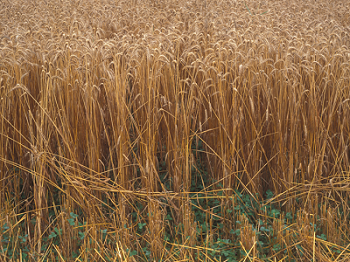 AMES, Iowa – The practice of adding small grains or forage crops to corn and soybean rotations has great potential to balance production and environmental goals, but adoption of these practices in Iowa and across the Midwest is low.

A recent research article published in the "Journal of Agricultural and Environmental Letters" by members of Iowa State University’s departments of sociology and agronomy examined farmer perspectives on the potential benefits and barriers related to extended rotations.

“Before the widespread use of internal combustion engine tractors and synthetic fertilizers and pesticides, extended rotations were key to soil fertility and pest control,” said J. Arbuckle, professor of rural sociology and extension sociologist at Iowa State. “While the shift to a fossil-fuel based system of cultivation, fertility and pest control reduced labor needs, over time it has also resulted in unintended consequences such as contaminated water bodies, pesticide resistance, greenhouse gas emissions and degraded soils. Use of extended rotations could help to reverse some of those harms.”

The survey was conducted because little is known about farmers’ perspectives on extended rotations. Lead author David Weisberger, now a Ph.D. student in weed science at the University of Georgia, explained, “My master's thesis research in agronomy at Iowa State University explored farmers’ views on the benefits of and barriers to use of extended rotations. I conducted interviews and focus groups with Iowa farmers who were using small grains in extended rotations. Insights from those interactions informed the design of survey questions for the statewide Farm Poll.”

The use of extended rotations, especially those that incorporate small grains and forages, can have major positive agronomic and environmental impacts.

The results of the survey showed that farmers are well aware of the many potential benefits of extended rotations, but they see major barriers to widespread use.

“Almost all farmers surveyed understand that extended rotations can improve soil health while reducing the need for inputs such as fertilizers and pesticides,” noted co-author Matt Liebman, professor of agronomy at Iowa State. “That said, they also recognize that there are major barriers to their use, such as lack of markets, lagging research on small grains and forages breeding, and a shortage of technical know-how among agricultural retailers and other crop advisers.”

The authors explained that barriers such as lack of markets and small grain handling infrastructure are considered to be structural barriers that cannot be easily addressed by individual farmers.

“Some of the big challenges that we face in agriculture – soil and water degradation and pesticide resistance, for example – can be addressed through resilience-enhancing extended rotations,” related Arbuckle. “However, efforts to promote extended rotations with small grains and forages will likely require supportive changes in agri-food policies, programs and ultimately markets.”

For more information, Arbuckle can be reached at 515-294-1497 or arbuckle@iastate.edu