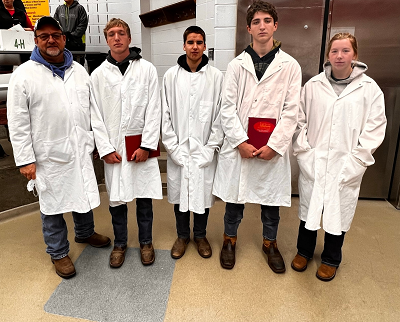 The ISU Department of Animal Science held the contest to determine Iowa’s representative in the National 4-H Contest for 2023 during the American Royal in Kansas City. Terry Houser, extension meat science professor, conducted a judging workshop prior to the contest so youth and educators could learn more about meat evaluation. 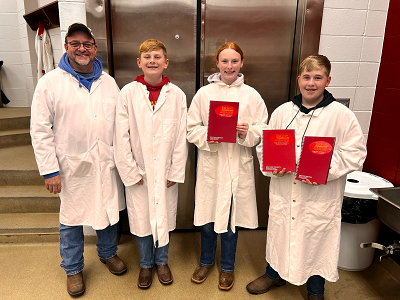 Contest participants identified 30 retail cuts by classifying them as beef, pork or lamb; identified where on the carcass the cut originated; named the cut; and evaluated pork carcasses based on muscle, trimness and quality.

Youth also evaluated beef ribs, fresh hams, pork chops and T-bone steaks based on the amount of edible product and quality. New for this contest was a bacon evaluation class. They defended their placings by answering questions about the classes they evaluated.

“This is the first time we have held the contest in the fall and offered an educational workshop prior to the contest. Our goal is to increase interest in meat evaluation and expose youth at an earlier age to the many job opportunities that the field of meat science has to offer,” said Amy Powell, ISU Extension and Outreach animal science education specialist.