AMES, Iowa – In the 30 years that he’s worked for Iowa State University, one tiny pest continues to give Greg Tylka fits.

That pest is a parasitic roundworm that attacks the roots of the soybean plant – known to growers as the soybean cyst nematode. 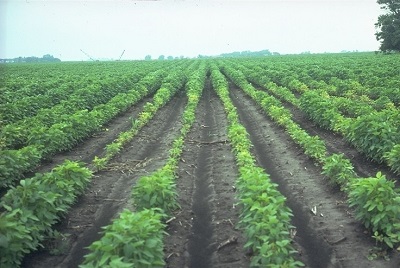 This microscopic worm has been reducing soybean yields across the Midwest for decades, but thanks to the educational efforts of Tylka, a professor in plant pathology and microbiology at Iowa State University, and many others, a coalition of universities, companies and soybean associations was formed in the late 1990s that helped educate farmers about the importance of sampling fields for the presence of SCN.

Known as the SCN Coalition, this multi-state effort encouraged farmers to test their soils for SCN, and if present, plant resistant varieties. In response, SCN numbers declined and yields improved.

But a new problem is emerging – slowly but surely – as the SCN becomes resistant to the resistance. Today, Tylka said the data show SCN is found in 70% to 75% of Iowa’s fields, with an annual yield reduction ranging from 5% to 50%, depending on the level of infestation and the weather.

During the warm summer months, a new generation of SCN is born every 24 days. Part of the problem is that most resistant varieties use the same source of resistance, known as the PI 88788. After many years of planting the same resistance, the nematode has adapted.

“Farmers need to be aware that the nematode is overcoming the common resistance,” he said. “They need to search out the less common type of variety resistance and they need to use other things to manage it as well.”

In the early days, the answer was “take the test and beat the pest,” Tylka said. In other words, test your soil for SCN, and plant a resistant variety to fix the problem. While that advice still holds true, today’s SCN management includes rotating the type of resistant varieties, using nematode-protectant seed treatments, and also rotating to non-host crops, like corn, small grains and forages. 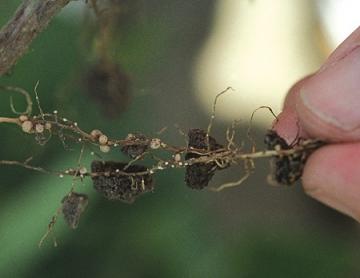 In infested fields, nematode juveniles penetrate the roots of soybeans, the females swell up with eggs and damage the cellular structure and growth potential of the plant.

Tylka said the damage is often undetectable above ground, and farmers may assume incorrectly that they don’t have an issue. Even when yields seem high, he still encourages farmers to test their soil, to maintain those good yields and prevent a future issue.

The eggs alone can live in the soil for as long as 10 years. Once an infestation starts, it can take multiple years of crop rotation and variety rotation to bring under control.

“It’s the energizer bunny of yield loss for soybeans,” Tylka said. “It’s in the soil and no matter what happens, year in and year out, it just keeps going and increasing.”

Tylka said he understands why farmers often overlook SCN, but if they want more bushels in the bin, and to maintain their yields, he suggests they be diligent about testing and management.

“It’s easy to overlook because it’s a problem that we’ve had under control for two decades,” he said. “But by golly, if it’s in 70% of the fields, it’s tugging on yields.”

Learn more about SCN on the Soybean Cyst Coalition website, including the Frequently Asked Questions section. Information is also available on an SCN webpage, at soybeancyst.info.

Photos. Top: Soybean field with severe stunting and yellowing due to SCN. Bottom: Adult soybean cyst nematode females can be seen on roots without magnification.

Category:
Crops
About the Authors:
Plant Pathology and Microbiology