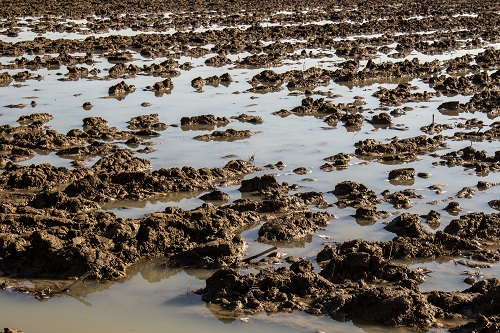 AMES, Iowa – Recent flooding has forced many crop producers to reexamine their timeline for planting this spring. Planting a crop early provides the best chance for optimum yields, but what happens when tillage and planting are not able to be accomplished as early as desired?

Steve Johnson, farm management specialist with Iowa State University Extension and Outreach, has compiled a list of frequently asked questions regarding prevented planting and the options farmers have.

When is prevented planting available?

There’s also a 20/20 Rule – a minimum of 20 acres or 20 percent of the unit must be affected. Total acres of planted and prevented planted cannot exceed the total cropland acres. Prevented planting claims must be filed with your crop insurance agent by June 28 for corn and July 13 for soybeans. Prevented planting acres must be reported on the FSA Form 578 acreage report. That deadline to file that form in Iowa is July 15, 2019.

When is prevented planting not available?

On ground that is insured through a New Breaking Written Agreement; Conservation Program Reserve land that is in its first year out of CRP; on ground where a pasture or forage crop is in place during the time of planting; when other producers in the area are able to plant; and on county-based crop insurance area policies such as AYP and ARPI.

How much do I get paid for prevented planting?

55 percent of the initial revenue guarantee on corn and 60 percent on soybeans.

How are eligible acres for prevented planting determined?

The insurance company considers each of the insured’s crops in each county. They look at the maximum number of acres reported for insurance and certified in any of the four most recent crop years. The acres must have been planted in one of the last three crop years.

What happens if you are prevented from planting and there are not enough eligible acres for the crop being claimed?

When the insured runs out of acreage eligibility for one crop, the remaining prevented planting acres will be “rolled” to another crop, such as corn to soybeans.

What happens to my APH – actual production history – if I take prevented planting?

What happens if the first crop is prevented planting, but the second crop is planted?

What will crop insurance adjusters need to do for prevented planting claims?

What are the deadlines for filing prevented planting in Iowa?

These dates vary by state, but tend to be three days after the last day of the late planting period.

If I have to leave some of my acres unplanted (prevented planting), will they still count toward my eligibility for enterprise units?

Only planted acres are considered when determining eligibility for enterprise units. (To qualify for enterprise units on crop insurance policy, at least the smaller of 20 acres or 20 percent of planted acres must be in two or more different township sections.) For example, a farm with 200 acres each in two sections would normally qualify for enterprise units. However, if fewer than 20 acres are planted in one of the sections, the farm would no longer qualify. Possible increases in crop insurance premiums due to a change in unit designation should be considered when deciding whether or not to file a prevented planting claim on some acres.

If I take prevented planting on some of my fields and plant a cover crop, when can I harvest or graze the cover crop?

If you plant any kind of cover crop and expect to receive a crop insurance indemnity payment for prevented planting, you cannot harvest or graze those acres until after Nov. 1.

More details can be found in the ISU Extension and Outreach Ag Decision Maker publication “Delayed and Prevented Planting Provisions.” An electronic decision spreadsheet is also available to help analyze alternative actions. Producers should communicate with their crop insurance agent before making decisions about replanting or abandoning acres.