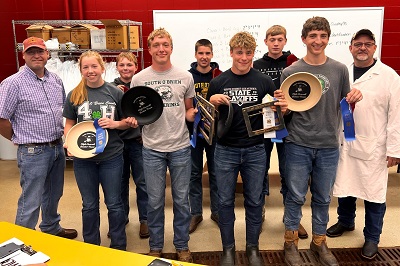 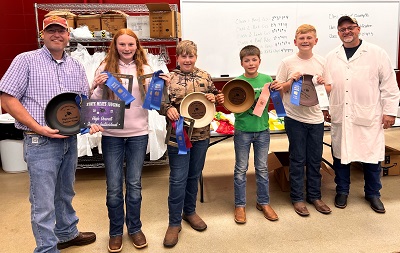 Contest participants identified 25 retail cuts by classifying them as beef, pork or lamb; identifying where on the carcass the cut originated; naming the cut; and evaluating beef and pork carcasses based on muscle, trimness and quality.

Youth also evaluated fresh hams and T-bone steaks based on the amount of edible product and quality. They defended their placings by answering questions about the classes they evaluated. An exploratory class was introduced this year on evaluating summer sausage. Teams sampled the product and then ranked it based on taste, texture and overall appearance. Terry Houser, meat science extension specialist, coordinated the exploratory class.