AMES, Iowa - In fall 2016, Iowa State University community and regional planning students partnered with stakeholders in the northwest Iowa communities of Sheldon and Humboldt to help them reinvent themselves as “age-friendly” communities.

The World Health Organization defines age-friendly communities as those that are “more accessible and responsive to the specific needs of older persons.” With Iowa’s population aging at an unprecedented rate, creating an age-friendly environment is becoming increasingly important to the survival of the state’s rural communities. 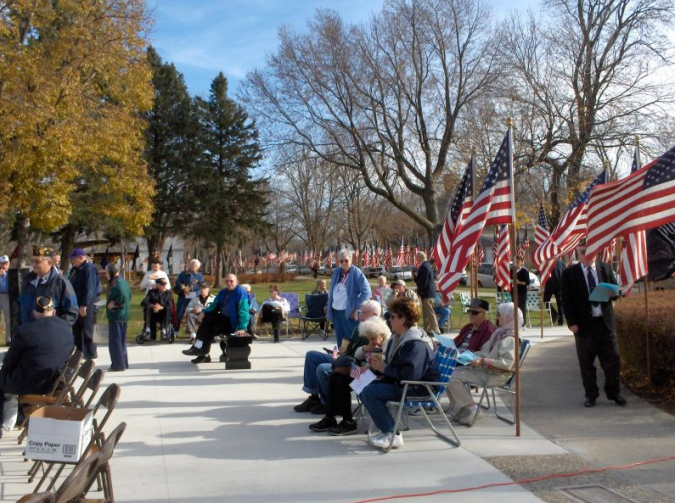 The collaboration between the upper-level studio class and the communities was facilitated through ISU Extension and Outreach’s Community and Economic Development program. Jane Goeken, ISU Extension and Outreach CED specialist, and Tim Borich, ISU associate professor of community and regional planning and former CED program director, collaborated with the county extension offices in O’Brien and Humboldt counties to engage each county’s largest community in age-friendly studies.

The studio class, taught by Borich, divided into two groups — one for Humboldt and one for Sheldon. Both groups conducted background research on age-friendly communities from secondary sources such as WHO and AARP. In addition, the groups visited their respective communities to collect information on-site regarding existing assets, such as health-care facilities, and barriers to an age-friendly environment, such as a lack of sidewalks. In terms of assets, the students examined how accessible services and amenities were to older adults.

“Once they provided a visual representation on a map of the different amenities and needs of the elder community and then showed how that corresponded to our senior housing units—just the huge disparity between the two—that was probably most eye opening,” said Travis Goedken, Humboldt city administrator.

As part of the project, ISU extension specialist and assistant professor of community and regional planning Biswa Das conducted an analysis that measured the economic impact of older residents for each community. For both Sheldon and Humboldt, Das found that for every two households that move into town for retirement, one job is created. Similarly, for every two households that stay in town to retire, one job is retained.

In addition to their research, the students engaged local residents in both communities through a series of focus groups.

In both communities, students recommended that recreation opportunities for older adults be expanded, as well as local transportation resources. The final reports for both communities also addressed positive elements such as health-care facilities and recreation trails and how the communities could build on those existing assets.

“[The process] highlighted some good things that we are doing and more importantly, it pointed out a few things that we can do even better—how we can help cater to the senior citizens in our community who want to be engaged but maybe don’t have the opportunity to do it because of transportation limitations or social network, whatever the case may be,” said Curt Strouth, community development director of the Sheldon Chamber and Development Corporation.

The local stakeholders in both Humboldt and Sheldon were pleased with the results of the studies and have plans to incorporate age-friendly principles into future development. For example, the city of Humboldt is starting to focus on infrastructure.

“We have minimal sidewalks throughout [Humboldt],” Goedken said, “so pointing out the fact that having those sidewalks expanded and actually connect[ing] those senior housing units to the different services and amenities that they need is important.”

Both Goedken and Strouth agree that one benefit of working with students is that they are highly motivated.

“The good thing with college students is that for the most part they are pretty motivated, and more importantly, they also bring some really great ideas that we maybe don’t think of locally,” said Strouth.