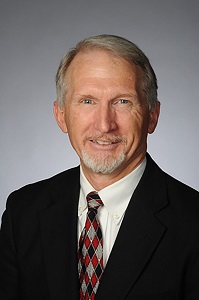 AMES, Iowa -- John Lawrence, associate dean in the College of Agriculture and Life Sciences, and director of extension and outreach, has been named interim vice president for Iowa State University Extension and Outreach.

Lawrence will succeed Cathann Kress, who is leaving to become vice president of agricultural administration and dean of the College of Food, Agricultural, and Environmental Sciences at The Ohio State University. He will become the acting vice president on March 31, and assume the interim role April 29.

“John was raised on a crop and livestock farm in southwest Iowa, and has decades of experience serving Iowans,” notes Jonathan Wickert, Iowa State's senior vice president and provost.

“He’s also a great servant of Iowa State, and an excellent choice to serve as interim leader of extension and outreach,” Wickert said.

Lawrence joined Iowa State as a professor of economics in 1991, after serving as an extension livestock economist, assistant director of the Agriculture Experiment Station, and director of the Iowa Beef Center at Iowa State. He currently leads the Iowa Nutrient Research Center, which was established in 2013 to develop a science-based approach to reduce the amount of nutrients delivered to Iowa waterways and the Gulf of Mexico.

Wickert said a national search for a permanent vice president will be launched in the coming months, and expressed thanks to Kress for her many contributions to the university, and to the state of Iowa.