AMES, Iowa – For many Iowans, their home is the largest, most important investment they’ll ever make. They pay into mortgages for 30 years or longer. They sink money into home improvements. And they hope it will retain its value when they’re ready to cash in and sell.

But if their local community is struggling and losing vitality, they may have a hard time extracting the necessary value from their home when they need it most.

“If there’s no one to buy when you need to sell and no one is moving, it’s a huge issue,” said Abbie Gaffey, a community development specialist with Iowa State University Extension and Outreach Community and Economic Development. “People want to live in small towns but we have to have housing that meets their needs,” she said. 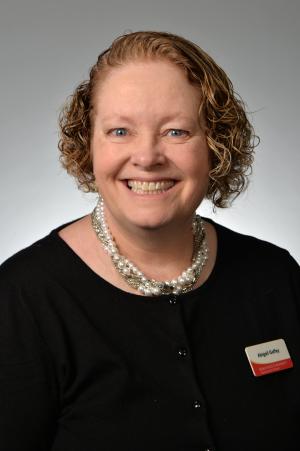 That’s where Gaffey comes in. She works with communities around Iowa – some small, some booming – and creates housing needs assessments to ensure that the needs of all citizens are met. Through a 15-point process, each home is rated and assessed to paint a true picture of housing needs.

While many towns within Iowa can access this service through a local Council of Governments, some cannot and turn to ISU Extension and Outreach for help.

Such services are important to any town that wants to remain vibrant.

“You have to meet the needs of the working population to attract jobs, retain value and collect tax money for government services,” Gaffey said. “Business and industry pay taxes, income taxes fund schools, government and parks, and (the tax base) comes from the value of housing and from income of people living in the community and the quality, availability and acceptability of housing within the community.”

Gaffey currently is working on assessments for two very different communities: Ogden and Waukee. Ogden is dealing with a steady but slowly declining, aging population who also commutes to Ames, Des Moines and Jefferson. Meanwhile, Waukee’s population has grown 378 percent since 2000; it is Iowa’s fastest-growing city and is balancing a growing population with maintaining current housing and serving an emerging refugee and immigrant population.

Gaffey said Waukee is taking a proactive move for its population.

“Waukee is in an enviable position, but they have to keep pace with housing,” she said. “There’s a desire to live in the community and they want to get more jobs closely located. That keeps people from having to commute into Des Moines and there’s an economic development incentive as well.”

At the same time, Waukee also must create housing for its refugee and immigrant populations, many of whom have larger families and thus need bigger houses.

“It’s about how many larger homes you need to construct,” she said. “You can have one, two-bedroom apartments but those don’t meet housing needs. It’s how you get an affordable home that’s a four-bedroom, five-bedroom, that’s larger but still affordable to immigrant populations. They have pressures with lower income, being new to the country and language barriers. What do you need to do to keep a five-bedroom home at market price?”

Ogden has very different issues with an aging senior population who is living in homes that become less accessible as they age due to maintenance, lawn care and mobility issues. The key, Gaffey said, is keeping them in accessible housing and away from savings-draining assisted living and nursing homes. Ogden is working on a solution: The community’s elementary school recently moved to nearby Madrid, but town officials are working on converting the building into affordable senior housing. Seniors moving out of their homes and into the new housing also could create opportunities for those currently living in apartments and rentals.

“It’s very possible to turn it into great senior housing,” she said. “It’s geothermal with green space and meticulously maintained. Any building that sits vacant deteriorates if you’re not using it day-to-day. If it becomes a nuisance property for a while you lose the ability to re-use it and the condition deteriorates. You don’t want to see it deteriorate.”