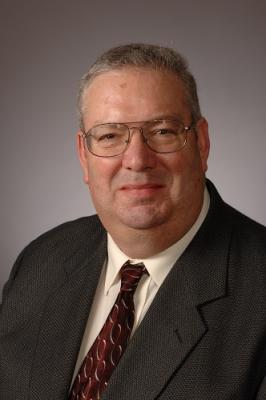 AMES, Iowa – For decades, the Meats Laboratory at Iowa State University has been a leader in educating students and the meat industry – across Iowa and internationally.

And with a new leader now at the helm, the tradition and high standards are set to continue.

Joe Cordray, extension meat specialist for the last 25 years, and also a professor of animal science, had more than 50 years of professional involvement with Iowa State’s Meat Science program, dating back to his bachelor of science degree in 1971.

Cordray also held a wide variety of workshops for private industry, including Smithfield Foods, and workshops focused on regulatory compliance and quality control. His goal was to educate and inform, while providing the participants an enjoyable experience.

“First and foremost, I wanted the people to have a good educational experience. But my second priority was for them to have fun,” said Cordray. 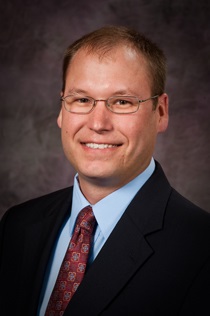 Cordray officially retired Jan. 3 – but was able to spend the past couple months helping his successor – Terry Houser – make the transition.

Houser, who earned his master’s degree in meat science at Iowa State in 2001, and his Ph.D. in 2004, is no stranger to the meat laboratory and its importance. The newly named professor and extension specialist in animal science previously held meat science positions at Kansas State University and the University of Florida.

“Dr. Cordray has been a mentor my entire career,” Houser said. “His mentorship has been invaluable to me in helping me get to where I am today.”

The Meats Laboratory at Iowa State is a model for the rest of the nation, said Houser, especially in processed meats. As other meat laboratories have declined in number, and in faculty, Houser said the role of Iowa State’s meat laboratory will only become more important.

“It’s more important than ever that we get good information to our meat processors because we don’t have as many people doing this,” Houser said. “As we move forward, we’re going to have more and more opportunities to educate our industry.”

About the Meats Laboratory

The Iowa State University Meats Laboratory is a federally inspected facility, with complete slaughtering and processing capabilities of all major livestock meats, and poultry. Most of the animals processed are from the university’s own farms, and are harvested for teaching, research and extension purposes.

Houser said the short courses continue to be one of the most popular events, with national and international participants. The Meats Laboratory also helps with the Iowa Meat Processors Convention, to be held Feb. 13-16 at the Gateway Hotel and Conference Center in Ames.

“Iowa State has a national and international reputation for quality meat programming,” Houser said. “This is the place when it comes to Meat Science Extension – no one else does this at this level.”

The Meats Laboratory also operates its own retail meat store, located in Kildee Hall, on Wednesdays and Fridays, and orders can be placed online.

Cordray said a strong meat processing industry is important to all of Iowa, including livestock and crop farmers, and of course, consumers.

“We are a livestock-producing state and we have a lot of meat-related activities taking place in Iowa,” Cordray said. “This facility helps to train people who want to work in those industries.”

Category:
Business and Industry, Livestock
About the Authors:
Meats Laboratory