AMES, Iowa – Forests provide critical habitat for Iowa’s wildlife, and that is especially true for birds.

Even though forests cover only 7% of the state, more than 150 species of birds use Iowa’s forests at some point during the year. In a new publication called “Iowa’s Forest Birds,” Adam Janke, assistant professor and extension wildlife specialist at Iowa State University, and two co-authors examine the variety of ways birds use forests. 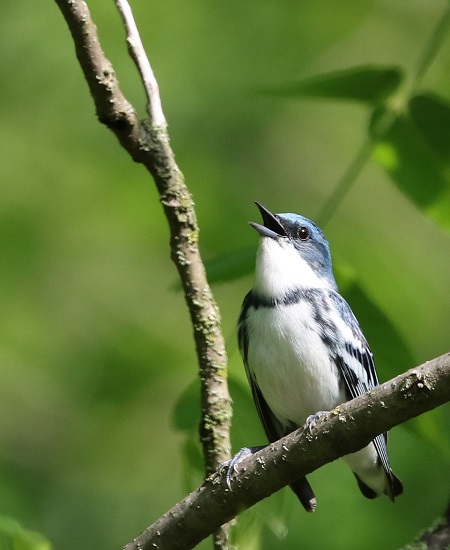 The publication examines all of the different ways birds use Iowa’s forests, as well as when and where keen observers are most likely to spot a specific species.

“A high percentage of Iowa’s species of conservation concern are found in forest environments,” Janke said. “Even though forests aren’t particularly common in Iowa’s landscapes, they have a lot of unique diversity that supports bird life.”

According to Janke, people often view all forests the same, when in reality, each forest is different and supports a different host of wildlife, including different species of birds.

The publication includes a comparative chart of different trees, shrubs and vines that produce valuable fruits eaten by birds. The publication also covers seasonal information, and how different birds use forests throughout the year.

“There are all different types of forests found in Iowa,” he said. “We have forests with rivers and streams, savannahs, young forests and more. Some provide temporary habitat for young birds for example, and others host birds we don’t find outside of the forest at all.”

The article presents research findings from Iowa and neighboring states that revealed bird distribution within a forest is ultimately driven by forest structure: things like canopy cover, the type, size and growth form of trees and shrubs, and the age of the trees.

Some birds are drawn to the deeper, central parts of the forest, while other species are more drawn to forest edges.

The publication also offers guidance on how to maintain a healthy forest landscape, which leads to an optimal habitat for birds and other wildlife.