AMES, Iowa – As the percentage of rented farmland in Iowa continues to grow, farmers are seeing a steady shift in who is responsible for what happens on the land. 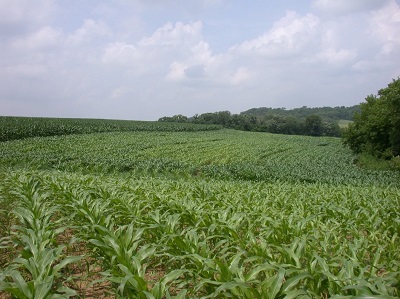 “Together, these results indicate that tenants perceive an increase in their responsibility for conservation actions and a decline in their landlords’ responsibility. But that doesn’t mean that conservation is getting done,” said J. Arbuckle, associate professor and extension sociologist at Iowa State University, and the report’s primary author.

The most recent poll was published in May 2019, and is available through the ISU Extension Store, as is an archive of previous polls.

Known also as the “Farm Poll,” the survey has been conducted since 1982, and is the longest-running survey of its kind in the nation. Questionnaires were mailed in February 2018 to 2,151 farmers, and the response rate was 50%, with an average age of respondents of 66.

Although farmers may perceive a shift in who is responsible for conservation, the poll shows they are less likely to invest in conservation on the land they rent.

Farmers were also asked to compare their landlord’s priorities – with regard to income and land stewardship.

Some 38% said they felt their landlord placed land stewardship ahead of income, a decrease from 44% in 2008. There was a substantial decline in the number of farmers who said their landlord “requires” them to minimize impacts on soil and water quality, dropping from 46% in 2008, to 32% in 2018.

“There appears to be a feeling among farmers that landlord commitment to conservation is declining,” said Arbuckle. “Considered along with their lower likelihood to invest in structural practices or cover crops, the data suggest that conservation practice use on rented land is sub-optimal.”

Despite the shifts in perceived responsibility for conservation on rented land, farmers reported measurable increases in their use of in-field and edge-of-field conservation practices.

Fifty percent of farmers reported no-till on at least some of the land they farm, up from 42% in 2015. Other notable results were an increases in the use of nitrogen rate calculators (18% to 26%) and in-season nitrogen application (28% to 35%).

Arbuckle said the results are encouraging, and likely reflect the efforts that farmers and agricultural stakeholders have made to help meet the goals of the Iowa Nutrient Reduction Strategy.

He said the results show farmers still have a long way to go with conservation, but “they’re definitely making strides.”

Other topics covered in the 2018 Farm Poll summary include perceptions of quality of life and farm financial well-being, awareness of and participation in watershed management activities, and use of precision agriculture practices.

Photo courtesy of Agriculture and Natural Resources Extension and Outreach.