AMES, Iowa – The official 2016-17 average national commodity prices and the 2016 county yields used in the calculation of Farm Bill payments were released by the Farm Service Agency on Oct. 4. The average corn and soybean prices are $3.36 and $9.47 per bushel, respectively.

Some farmers can expect to begin receiving Agriculture Risk Coverage and Price Loss Coverage payments from the Farm Service Agency during the next few weeks. On average, ARC-CO payments (revenue loss coverage at the county level) in Iowa per corn and soybean base acre will amount to $12.47 and $0.41, respectively, and will represent only 37 percent and 3 percent of the payments received in 2016, according to extension economists at Iowa State University.

The geographical distribution of the payments can be visualized online in the Iowa State University Center for Agricultural and Rural Development decision tool “ARC/PLC Payments per Base Acre in Iowa." 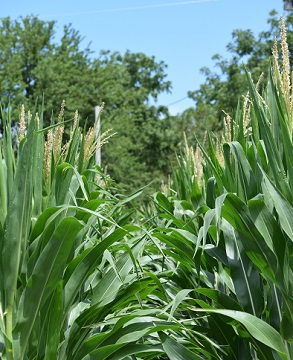 “This tool will let farmers know whether they can expect to receive an ARC-CO or PLC payment in the coming weeks, and how much they can expect,” said Alejandro Plastina, assistant professor and extension economist with Iowa State. “This information should aid them in developing a marketing strategy to cover their short-term cash flow needs while targeting a profit for their 2017 crop.”

All corn base acres enrolled in PLC will receive a payment ranging from $26.40 to $48.47, and averaging $39.27 for the state of Iowa. "Less than 2 percent of all program base acres are enrolled in PLC in Iowa,” said Plastina. “This will be the first time since the inception of the 2014 Farm Bill that PLC payments will be larger than ARC-CO payments in all Iowa counties except for Grundy, Johnson and Mills.”

Soybean base acres enrolled in PLC will not receive a payment in 2017, just like in the previous two years.

Comparing payments across programs over the last three years, Plastina said it is interesting to note:

According to a recent Iowa State University Extension and Outreach report, a substantial share of Iowa farms have vulnerable liquidity positions, and solid financial planning will prove critical for the success of farm operations. The report also lists the resources available to Iowa farmers to help them navigate the planning process and cope with stress. This publication, titled “Financial stress in Iowa farms: 2014-2016” is available through the ISU Extension Store.