AMES, Iowa – An ongoing outbreak of highly pathogenic avian influenza (HPAI), which was first detected in Indiana on Feb. 8, 2022, has continued to impact poultry producers across the country, driving up turkey prices for the 2022 holiday season. In an article for The Conversation, a nonprofit, independent news organization that primarily publishes articles written by academic experts, an avian influenza expert with Iowa State University Extension and Outreach provides some analysis.

Yuko Sato, associate professor in veterinary diagnostic and production animal medicine and extension poultry veterinarian at Iowa State University, explained what HPAI is, how the virus can be transmitted and preventative measures that can help limit the spread in poultry. 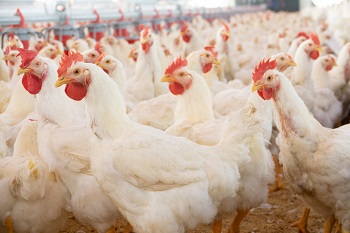 According to the CDC, the risk to human health from this outbreak is low, and no human illnesses were associated with a similar outbreak between 2014 and 2015. However, HPAI can be deadly for domestic poultry. Avian influenza, also known as bird flu, is a highly contagious virus that impacts both wild and domestic birds. Two groups of avian influenza viruses are known to impact chickens, according to Sato – highly pathogenic avian influenza (HPAI) and low pathogenic avian influenza (LPAI). LPAI can cause mild to moderate symptoms in domestic birds, while HPAI can be deadly, resulting in symptoms such as lethargy, coughing, sneezing and sudden death.

A major factor in the spread of avian influenza viruses is the migratory patterns of wild birds, which may act as a reservoir for the virus. Because wild waterfowl are the natural hosts of avian influenza, they are well adapted to it and typically do not get sick when they are infected with the virus. However, infected wild birds can spread the disease to domestic poultry through direct or indirect contact. Domestic poultry, such as chickens and turkeys, are not adapted to the virus, and often die acutely after infection.

Because HPAI is so infectious and deadly in domestic poultry, the U.S. Department of Agriculture conducts routine testing and carries out federal inspection programs to ensure that eggs and birds are safe and healthy. If the virus is detected on a farm or in a backyard flock, the site is quarantined and the birds are culled and disposed of, and the site is decontaminated. “We call this process the four D’s of outbreak control: diagnosis, depopulation, disposal and decontamination,” added Sato.

While the federal government provides some assistance for farmers impacted by the virus, the financial and emotional toll of having to cull large flocks of birds can be devastating for poultry farmers, which is part of why prevention is so important.

One way for poultry producers of all sizes to protect their flocks from HPAI is to practice good biosecurity, according to Sato. In a separate article published by ISU Extension and Outreach earlier this year, Sato highlights some good biosecurity practices to prevent the spread of HPAI, such as sanitizing borrowed equipment and being mindful of potentially contaminated clothing. Sato also spoke with hosts of the Small Farm Sustainability Podcast regarding the issue.

Another point of precaution is to avoid handling or eating wild birds that appear sick. Because wild birds can carry the virus without showing symptoms of illness, hunters should be careful to clean their clothing and equipment, and to ensure that birds are cooked to an internal temperature of 165 Fahrenheit before consuming them.