AMES, Iowa -- Donna Donald has received the Award for Distinguished Service in Extension from Iowa State University. This is the highest honor bestowed on an extension professional, recognizing sustained, distinguished performance and educational contributions to Iowa State’s clientele through extension programs. 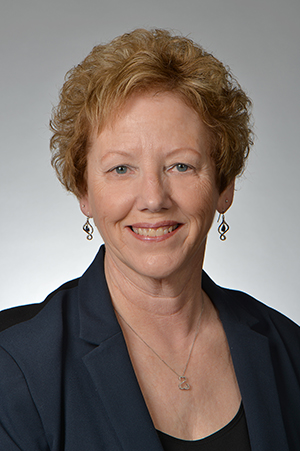 “Ms. Donald’s career in ISU Extension and Outreach spans more than four decades. In her current role, she is responsible for participating in the systemic planning of the future of the Human Sciences Extension and Outreach community. She supervises 35 specialists across the state and is deeply engaged in their individual goals and needs,” Lawrence said.

“Her nominator wrote, ‘Support, safety, communication, encouragement and feeling like someone cares – are all words that have been used to describe Donna and the successful implementation of her current leadership role,’” Lawrence added.

Since 2014, Donald has served as field operations specialist and management team member for Human Sciences Extension and Outreach, ISU Extension and Outreach’s program area in the College of Human Sciences. However, she began her extension career in 1974, first serving as home economist for Wayne and Appanoose counties and extension director for Wayne County, then as a family life program specialist.

Donald also is certified as a class leader and master trainer for Powerful Tools for Caregivers from the Mather Institute on Aging. From 2010 to 2017 she served as ISU Extension and Outreach’s state coordinator for this program that empowers family caregivers of adults with chronic conditions or children with special health and behavioral needs to take better care of themselves.

In 2015, under her direction, 21 class leaders were trained and 183 caregivers participated in the Powerful Tools for Caregivers series. One hundred percent of those who completed the survey after participating reported they increased their self-care practices and self-confidence, better managed their emotions and had increased their knowledge of resources and how to access them.

Donald is based out of the ISU Extension and Outreach office in Wayne County.