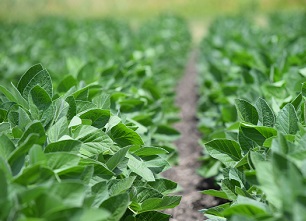 AMES, Iowa – The ties between Iowa farmers and China continue to grow. Currently, one in every four rows of soybean grown in the United States is exported to China while Iowa’s former governor, Terry Branstad, is now the U.S. ambassador to the country.

This growing partnership is the focus of ““Navigating the Chinese agricultural economy through the lens of Iowa”” by Wendong Zhang, assistant professor and extension economist with Iowa State University, and Minghao Li, postdoctoral researcher in Iowa State’s Center for Agricultural and Rural Development. The article appears in the February issue of Ag Decision Maker.

“The significance of China for the U.S.’s overall agricultural trade cannot be overestimated,” Zhang said. “The Chinese demand for U.S. agricultural products is even more significant for Iowa as the two imports they need the most – soybean and pork – are areas we excel in.”

Twenty percent of China’s population of 1.39 billion is engaged in agriculture compared with just 2 percent of the U.S. population. Despite this disparity in agricultural employees, Chinese farmers only operate on 1.4 acres of cropland per farmer, compared to an average of 200 acres per farmer in Iowa.

China is the second-largest agricultural trading partner with the U.S., with trade valued at $21.4 billion in 2016. This has created a $17.1 billion trade surplus in the agricultural sector. Its demand for U.S. agricultural products has increased five-fold since joining the World Trade Organization in 2001. Of the agricultural trade between the two countries, $14 billion is found in one product – soybeans.

“China can only produce 10 percent of their annual soybean consumption, the rest of what they need comes from the U.S. and Brazil,” Zhang said. “China is increasingly entering the market not as a poor, developing country but as a significant player who needs these products to meet their needs. As China grows richer and creates more demand, we want to insure we are their leading supplier of agricultural products as opposed to our competitors.”

No country imports more soybeans than China, receiving 87 percent of its consumption totals from markets like the U.S. and Brazil. Only four Chinese provinces plant more than 10 percent of the of the area planted for soybeans in Iowa. Yields are also smaller, with only 46 percent of Iowa’s average yield achieved.

More information on Zhang and Li’s research can be found online through CARD’s Center for China-U.S. Agricultural Economics and Policy.