Cover Crop Acres Increase but Rate of Growth Declines in 2018 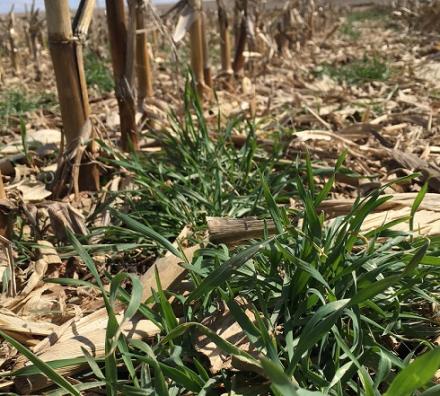 AMES, Iowa – According to Iowa Learning Farms 15-year evaluation data, Iowa cover crop acres grew last year by approximately 16 percent, resulting in approximately 880,000 total acres. While the positive growth at a time when farmers are reporting shrinking profit margins is notable, this represents a 6 percent decline in new cover crop acres compared to last year’s estimate and a 19 percent cumulative decline since 2015, a year in which 35 percent of all the cover crop acres were new. This number is still well below the goal of 12.5 million acres of cover crops called for in Iowa’s Nutrient Reduction Strategy.

Since 2009, Iowa Learning Farms, based at Iowa State University, has been tracking cover crop data reported by farmers and landowners who attend an ILF workshop and field day. In recognition of its 15-year anniversary, ILF also conducted a mailed survey of all farmers and landowners who had participated in field days since 2005. Eight hundred ninety-nine people responded to the survey, reporting 131,389 acres of cover crops on their land or 15 percent of the overall estimated cover crop acres in Iowa.

“It is encouraging to see growth in cover crop use among experienced cover crop farmers, even with low crop prices and a fall with less than ideal weather,” said Jamie Benning, ISU Extension and Outreach water quality program manager and Iowa Learning Farms adviser. “I am concerned that the rate of growth has declined for the third year in a row and that the number of first-time cover crop users declined significantly this year. For this reason, ILF is already ramping up this spring with cover crop events to reach new farmers.”

Iowa Learning Farms has held 265 conservation field days and workshops since 2005 on cover crops, strip-tillage, saturated buffers, prairie strips and more. These events drew an attendance of 13,621 people — 72 percent are farmers and landowners. Cover crop field days in 2019 will stress the benefits and best practice management for implementing cover crops.

ILF continues to work with ISU Extension and Outreach and other Iowa partner organizations to raise awareness of beneficial conservation practices such as cover crops among landowners and farmers. The complete 15-year Iowa Learning Farms report will be released in early April 2019, and will be found at www.iowalearningfarms.org.