Chinese Demand for Pork Rises with African Swine Fever, but U.S. Not a Major Supplier 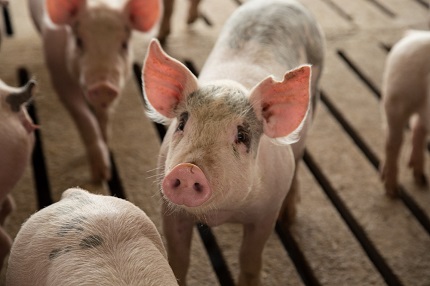 AMES, Iowa – African Swine Fever has decimated Chinese pork production and undoubtedly caused a significant increase in imports. But where the Chinese are getting their pork from may come as a surprise.

Since August 2018, China has lost at least 85 million head of hogs and almost 10 million sows, according to statistics from the Ministry of Agriculture and Rural Affairs of China. Conversely, the country is importing far more pork than in recent years, with 1,805,220 metric tons committed to China through the first five months of 2019.

While the Chinese demand for pork may seem promising, the United States is actually only supplying about 8% of Chinese pork imports, according to the August edition of Ag Decision Maker, a monthly newsletter by Iowa State University Extension and Outreach.

In an article called “Who benefits most from China’s growing import demand due to African Swine Fever,” ISU Extension and Outreach economists conclude that the U.S. only accounts for about 8% of global pork exports to China so far this year.

The major beneficiaries, accounting for more than half of China’s pork imports since January 2018, are Germany, Spain, France and the United Kingdom.

The reduction in Chinese pork supply has also decreased the country’s demand for grain, according to the article. The feed grain demand by China from January through May 2019, is down by about 15% for soybeans and almost half for soy meal, compared to the same time last year.

The authors of the article, Wendong Zhang, assistant professor and extension economist at Iowa State, and Tao Xiong, associate professor of agricultural economics and management and a visiting CARD scholar at Iowa State, examine the impact of the current trade war with China, and also trade agreements from the past, as well as improvements in European transportation, which has led to increased purchases from those countries.

“A closer examination of the global meat trade reveals that Europe, not the U.S., benefits most from China’s growing demand due to ASF,” according to the authors, who acknowledge this is in part due to China’s better transportation system for reaching Europe via the new Belt and Road Initiative.

However, the authors conclude that trade, or lack of trade, is still the biggest factor for the U.S.

“U.S. pork, beef and poultry exports to China still have significant room for growth, and a trade deal with China would be a valuable first step.” 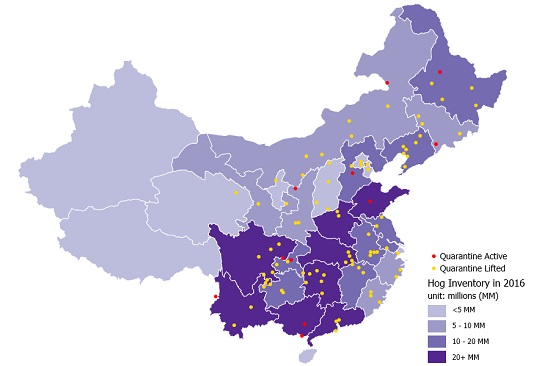