AMES, Iowa – To say Iowa’s demographic, cultural and social makeup has changed over the last decade would be to state the obvious. But in what exact way has the state changed in that time?

David Peters, associate professor and extension rural sociologist at Iowa State University, has attempted to answer those questions through his new publication “Rural Iowa at a Glance” (SOC 3086). The publication combines data retrieved from various state and federal sources to demonstrate the way Iowa has changed from 2006-2016. 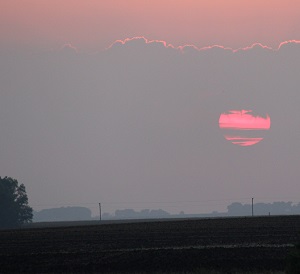 “The important aspect of these losses is that they are beginning to show up in rural earnings and rural household incomes,” Peters said. “Previously farmers were able to offset drops in income with savings or by renegotiating their loans. With this drop in rural earnings and household income, we are starting to see the downturn in the farm economy spreading to other areas of the economy.”

“These losses are starting to impact the non-farm rural economy and that’s a worrying sign,” Peters said. “This isn’t just a farm problem anymore.”

Nearly 69 percent of the rural population ages 16 years and older have a job, up nearly three percent from 2012 and 0.2 percent from 2015. This is well above the national average of 60 percent labor force participation. Unemployment in these same areas is at 3.6 percent, down 1.3 percent from 2012.

“Rural areas have recovered jobs since the recession,” Peters said. “Their unemployment is very low and labor force participation is very high. Rural areas need people; their real threat is having enough people available to fill the open jobs.

“The exact opposite is true in micropolitan areas,” Peters said. “They have a job shortage as their labor force participation is lower and unemployment higher. Micropolitan areas haven’t recovered all the jobs they lost in the recession. Workers are still there and ready to work, they just don’t have jobs available.”

What Drives Quality of Life in Iowa Small Towns?