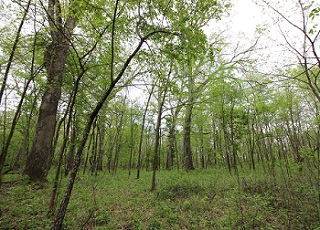 AMES, Iowa – Bats play an important part in Iowa’s ecosystem, but they are increasingly feeling pressure from changes to forests and an exotic disease-causing fungus that is decimating their populations in the eastern half of the United States.

The part bats play in a healthy environment and the issues facing bat populations is the focus of the article “Iowa’s Bats Need Your Help (and you need theirs)!” The article is written by Adam Janke, assistant professor and extension wildlife specialist with Iowa State University, and appears in the September issue of the Small Farm Sustainability newsletter.

Bats help farmers and homeowners alike by feasting on a broad range of insects. In Iowa, this means meals of moths, beetles and mosquitoes.

“Studies have shown that one colony of big brown bats could consume enough adult cucumber beetles to reduce their larvae – corn rootworms – by 33 million,” Janke said. “Another study excluded bats from corn fields and monitored the damage done to crops in their absence. This study estimated bats provide $1 billion of services to corn farmers each year through free pest control.”

However, the total area of forests where bats roost and raise their young is being diminished. Exotic forest plants and a lack of natural forest fires have changed Iowa’s forests in ways that make them less suitable for bats.

The mammals are also suffering from the effects of an exotic fungus that found its way into New York in 2006. This fungus grows on the noses and wings of healthy bats and causes them to awake from hibernation in the dead of winter, ultimately leading to starvation. Indiana has seen a 75 percent decline in bat population just a few years after the first detection of the disease and hibernating bats in Iowa are projected to be similarly impacted.

Even though bats are facing new challenges, there are ways to help by taking steps to improve their habitats in Iowa.

“Creating the right habitat where bats can thrive is the most important tool we have,” Janke said. “The most fundamental element of bat habitat is healthy forests, and research has shown that forested areas of all sizes, from rural forests to city parks, count for bats.”

While helping bats thrive in their natural habitats, homeowners who want to keep bats out of their homes can do so in a very simple way.

“Take steps to make a home energy efficient,” Janke said. “Wherever air gets in, a bat can get in.”