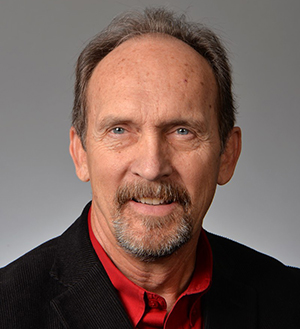 Baker, who has been serving as interim director since January 2018, previously was the Beginning Farmer Center’s Farm Transition Specialist. He has been with the center since 2006.

“Dave has been invested in the Beginning Farmer Center for many years, working to help those who want to farm get their operation started,” said Jay Harmon, interim director of Agriculture and Natural Resources Extension and Outreach at Iowa State University. “His leadership will continue to positively impact farmers across Iowa.”

Baker holds a bachelor’s degree in facility management from Troy University and received his MBA in business management from Southwest Minnesota State University. Prior to joining ISU Extension and Outreach, Baker owned and managed a farm in northwest Iowa, consisting of corn, soybean, hay, cattle, hogs and poultry.

“I look forward to leading the Beginning Farmer Center and serving farm families with succession planning needs,” Baker said. “The transition of Iowa’s farms is never complete as there will always be the next generation to consider.”

Created by the Iowa Legislature in 1994, the Beginning Famer Center assists in facilitating the transition of farming operations from established farmers to beginning farmers.