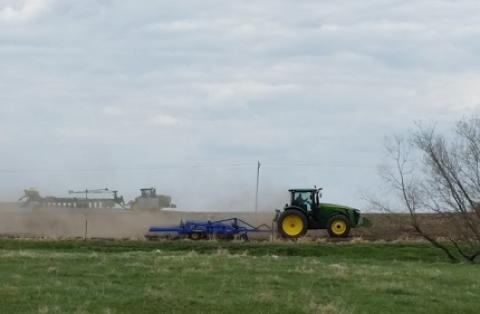 AMES, Iowa ― Few Iowa farms will receive payments this fall from current farm bill programs ARC or PLC, but payments will be available throughout the state to producers through the Market Facilitation Program, one component of the three programs included in the recently announced short-term tariff relief program.

A breakdown of payments that may be available is the focus of a new Iowa State University Extension and Outreach article titled “What can Iowa farmers expect from ARC/PLC and the Trade Assistance Package in 2018?” The article is written by Chad Hart, associate professor and extension economist, and Alejandro Plastina, assistant professor and extension economist at Iowa State.

The article can be found in the September issue of Ag Decision Maker.

“Since only about 1 percent of all Iowa base crop acres are enrolled in the PLC program, the impact of PLC payments on Iowa farms is very limited,” Plastina said.

A trio of programs have been announced by the United States Department of Agriculture to help farmers deal with the short-term consequences of U.S. trade disputes. A total of $12 billion has been authorized, with an estimated $6.31 billion available this fall. The remaining funds could be utilized for a second round of support later this winter, likely in December.

Sign-up for the various relief programs began on Sept. 4. Applicants must have an ownership interest in a farm, be actively engaged in farming, have an average adjusted gross income of less than $900,000 for the 2014-16 tax years and have complied with regulations on highly erodible land and wetland conservation.

The USDA’s estimates show Iowa farmers stand to gain over $550 million from the Market Facilitation Program, with most of those payments going to pork and soybean producers. MFP payments have a $125,000 cap per person or legal entity for crops and a similar cap of $125,000 for livestock, but the cap works differently between crops and livestock.

Payment rates were determined by the USDA and are listed in detail by commodity and payment rate in the Ag Decision Maker article.

The USDA also announced the Food Purchase and Distribution Program, which will purchase a variety of products that face trade disruptions. An additional $200 million to the Agricultural Trade Promotion Program will be used for cost-share assistance on agricultural market development.