Achoo! Was that your Plant Sneezing? Can Plants get the Flu? 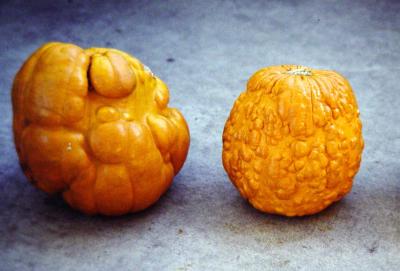 The time of year has arrived when people begin to worry about fending off the common flu viruses. The feelings of malaise caused by viruses can lead to some unproductive days in the garden. This is the time of year when one should be busy clearing out diseased leaves and stems to ensure healthy plants next year. Some might wonder if plants can get the flu. Plants are susceptible to a variety of virus diseases, although the general term “flu” is not used in the plant world. Fortunately, the virus diseases that infect plants are unique to plants. They don’t infect people.

Interesting stories about plant viruses date back as far as the 15th century. Virus-infected tulips created quite a stir known as Tulipomania in Holland in the 1600s. Tulips at that time were increasing in popularity. Some tulips showed streaks of color or unusual line patterns that caught the eye of gardeners. These colorful tulips, also referred to as Rembrandt tulips, became highly desirable and sought after. It’s even written that virus-infected tulips were once used as a marriage dowry. People discovered that if the ground bulbs of the multi-colored tulips were rubbed on plain tulips, they could transfer the traits. What they didn’t know at the time was they were actually transmitting a virus disease that caused the plants to be less vigorous. The colorful tulips that are available today are not infected with a virus, but are developed using genetic technologies.

Plants that are infected with virus do not always display colorful eye-catching symptoms.  Some plants simply grow poorly, a symptom that can be attributed to a number of different factors, such as lack of nutrients or drought stress. Patterns of scattered, interspersed light and dark green on the leaves, a symptom called mosaic or mottling, can indicate a possible virus infection. Ringspots, concentric circles of yellow or white on leaves, also can be a symptom of a virus infection. Virus-infected plant parts can show blisters, bumps or other distorted growth. Finally, unusual line patterns on leaves suggest a virus may have entered the plant.

The discovery of a virus-infected plant can be frustrating. Diseased plants cannot be “cured,” and the best course of action for gardeners is typically to remove them to avoid spreading the problem. Viruses also can infect important crops such as wheat, rice, soybeans and citrus fruit. The result is often poor yields. There are hundreds of different viruses known, many of which are specific to a certain type of plant.

Since plants don't sneeze, spewing virus-infected particles to their companions around them, plant viruses require a helper, known as a vector, to move from plant to plant.  Vectors are most commonly insects, such as aphids, leafhoppers, thrips, whiteflies and beetles that spread viruses when they move from plant to plant during feeding. Other vectors include mites, fungi and nematodes (microscopic worms). Humans can also spread plant viruses. Pruning, harvesting, grafting and other plant handling chores can potentially transfer virus particles from plant to plant. Virus disease problems can be spread when plants are transported from one location to another, even from state to state.  Because plants infected with viruses do not always show recognizable symptoms, diseased plants may pass through inspection procedures.

What do viruses look like? Because they are so small, even called submicroscopic, it is impossible to see a virus with the naked eye. They cannot be grown and examined in a laboratory test tube because they can only reproduce in a living cell, such as a plant cell.  The presence of a virus can sometimes be diagnosed with a good degree of confidence if characteristic symptoms are observed. In other cases, specialized laboratory testing is needed to confirm the presence of a virus.

Because there are no practical curative treatments for virus-infected plants, management of these diseases is aimed at preventing viruses from becoming established in your yard and garden. Always check for the availability of plants that are resistant to important viruses. Traditional breeding and genetic engineering are methods being used to develop plants with resistance to disease problems.

So before planting, learn about common virus problems of the garden and landscape plants you hope to grow, and plan to control vectors known to transmit troublesome virus diseases. Finally, be a cautious shopper and carefully inspect plants before installing them in your landscape. Catching problems early by being alert to the appearance of unexpected or unusual symptoms during the season will help avoid losing valued plants to viruses and other pathogens.

One photo is available with this week's column: VirusPumpkin11405.jpg