In the Summer of 2019 Woodbury County and Plymouth County introduced a new free kids program: Power of Produce Club (PoP Club) at the Sioux City, Moville and Akron Farmers Markets

The PoP Club program was created at the Oregon City, Oregon, farmers market in 2011. Due to its success, it has spread to farmers markets all over the nation. The PoP Club has been in Minnesota since 2014 and is growing to markets around the state. In 2018 Iowa State University Extension and Outreach introduced the PoP Club to three farmers markets in Northwest Iowa, including Rock Rapids, Sheldon, and Hawardan, and this summer it expanded to Akron, Moville and Sioux City.

"My boys enjoyed picking an item with no persuasive help from me. I let them make that choice on their own. One got an eggplant and the other got a doz. Eggs." Sioux City PoP Club Family 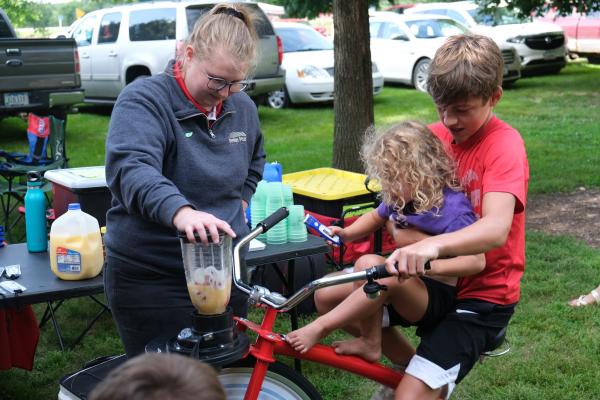 Blending up smoothies at the Akron Farmers Market for PoP Club! Photo by Steven Hardina.

The program was designed for children ages 4-12. Each child participating in the program will received a reusable shopping bag upon signing up and $2 market tokens to be spent (by kids) on fresh produce. Kids received their token once per market. Children were able to spend their own $2 on a selection of fresh, locally grown produce, or save their token for a future market. The PoP Club provided a new, fun activity every week that families can do together and look forward to each week, such as painting their own rocks for garden decor, planting seeds in a compostable egg carton shell, making a smoothie on the blender bike, and more! With something new every week the PoP Club encourages children and families to attend the farmers market every week and encourages new families to come to the market. Along with the activity children were able to sample a fruit or vegetable. They were then asked three questions that they answered: Do you like it? Have you had it before? Will you try it again? 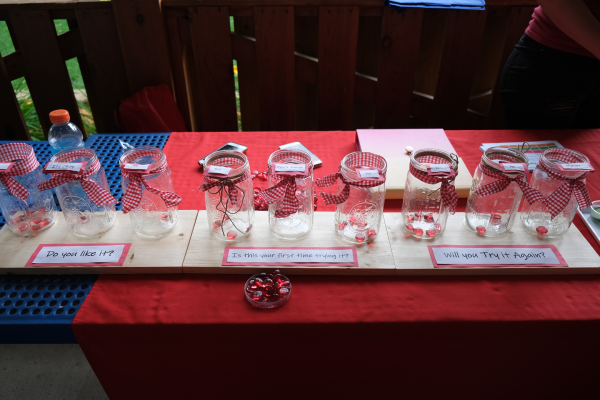 "The thing I appreciated about the PoP club was that it opened the door to give parents the opportunity to talk about and get their kids to 'buy into' the idea of choosing healthy food for themselves at an age when parents are usually the primary decision maker for food choices. I have a mom of a son with multiple allergies and she has been letting him choose since a very young age (3 yrs). He knows (at age 6) the foods that make him feel yucky. Because she lets him choose, it is never a struggle to get him to eat well because he has made the choices. How often do you hear a 6 yr old say about cherry tomatoes 'I just can't stop eating these' or 'when are you going to have turnips again?'!" Sioux City Farmers Market Vendor

The PoP Club was also beneficial to our farmer market vendors as well. The increased attendance means potentially increasing the market’s customer base and vendor revenues. Experience from other markets indicates that families with children enrolled in the PoP Club tend to make purchases in addition to their children’s $2 token. Based on surveys filled out by families they started to spend a little more on produce at the market after attending PoP Club. 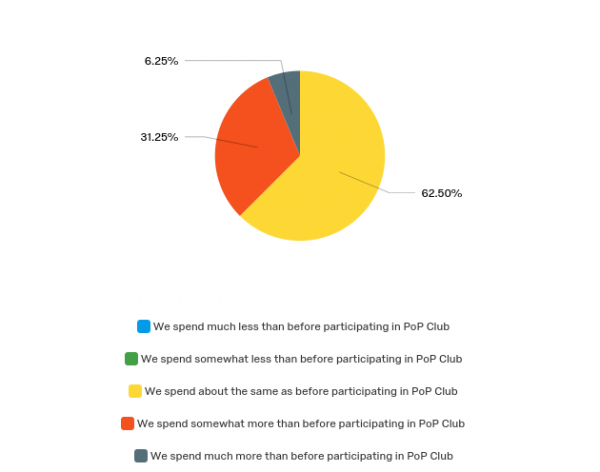 Graph 1: The three markets combined showed a 37.5% increase of money spent at the farmers markets due to PoP Club.

"The interactive of the PoP vendors and their enthusiasm. Plus the incentive actually made my daughter try new veggies that I normally wouldn't be able to get her to take a bite out of before she said she didn't like it." Akron PoP Club Family

"We are regularly attend the market so our attendance didn’t change but my kids, age 5 and 2, recognized the pop tent every time it was there and wanted to make that our first stop." Sioux City PoP Club Family

There are four main goals of the PoP Club: Improve the eating behavior of children, increase family attendance at farmers markets, increase customer base and revenue for vendors, and build health, prospering communities. The PoP Club has the potential to play a key role in the environmental shift to create healthier communities and support the local economy by creating a social norm around farmers markets. In coordination with other market activities, the program helps to create an equitable space that community members want to visit each week and make part of their normal shopping routine. The program offers a chance for families to explore the farmers market and learn about the different varieties of fruits and vegetables, while also learning about how food is grown, by connecting them with local farmers.

"The fun craft and the token to choose your own produce was so fun for my son!" Sioux City and Moville PoP Club Family

We are excited to continue the PoP Club program in the future! Thank you for a successful first year!