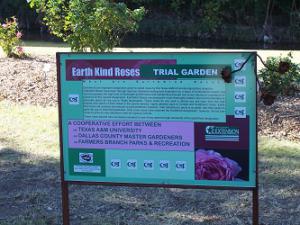 In an article written by Dr. Griffith Buck he outlines the basis of rose research conducted at Iowa State University from its early beginnings and up until his retirement in 1985. In this article he states, “Hardiness is a vital concern to gardeners everywhere, for, to a large degree, it influences one’s choice of plant materials and success in the garden. While the concept of the word “hardy” is universal, it is in its application that misunderstanding arises. A hardy plant is one capable of surviving without injury the climatic extremes of a given environment. This should imply not only winter hardiness, but also summer hardiness.” In Addition, “Plants which have been defoliated by disease or insect attack are especially vulnerable to premature freezes. Premature defoliation interferes with photosynthesis and, therefore, carbohydrate production by removing the organs concerned. Also, it can lead to the stimulation of late growth which is not only too immature to survive the winter temperatures but requires carbohydrates for its production, thus depleting the plants carbohydrate reserve and reducing hardiness.” What Causes Plant Hardiness? – Dr. Griffith Buck

These concerns about hardiness and the effect insects and diseases have on hardiness, not only for winter but for summer survival as well, sets the stage for a new system of evaluation of roses at Iowa State University. This system called Earth-Kind®, developed by horticulture specialists with the Texas AgriLife Extension Service (part of the Texas A&M University System, mandates a sustainable approach to landscape management. In addition, careful selection of plant varieties based not only for their ornamental characteristics, but their sustainability in the landscape, is a key component of this system as well. It is the plant evaluation aspect of Earth-Kind® that is the current focus of rose research at Iowa State University.