The late E. G. Hill’s advice to young plant breeders was to dream; to create a picture of the plant in one’s mind. Then, to set about to realize that dream.

The people who have worked with roses at Iowa State University in the days following its founding did just that. Because they were orchardists, their first thoughts were to import Europe’s best and hardiest fruits and then create better ones by using the wild fruits that were found in great abundance at the margins of the forests and in the river and creek valleys of the prairies. Professor Budd’s and Dr. N.E. Hansen’s (Budd’s graduate student and assistant) dreams for a more fruitful life on the prairies included esthetics, too, for they initiated a rose breeding program which continued with minor alterations and changes in direction down to the present (1985).

Rose breeders, while keeping an eye open for novelty, have adhered consistently to two major goals. They want to improve plant qualities and decrease the plant’s susceptibility to injury by winter cold. 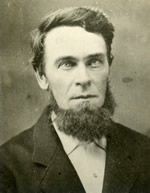 Professor Maney’s rose research goal was to develop rose varieties that were thorn-less and hardy to the Midwest climate. In addition he worked to develop compatible hardy under-stock for use on other newly developed rose varieties. 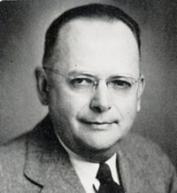